Everything we do has Consequences

You can see that from the early 1980’s interest rates have been coming down which has been the single biggest factor fueling asset inflation, with the US stock market and many other world indices hitting all time highs in January. 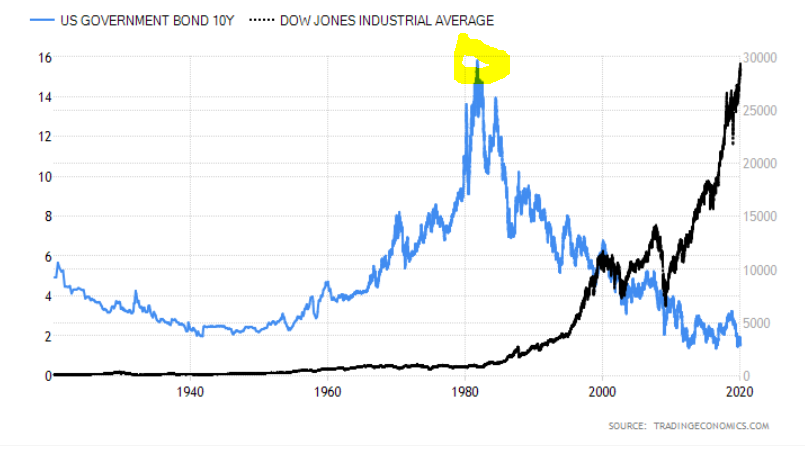 Trump would like you to believe that with these record high stock markets, the economy at full employment, that the US economy is the best it has ever been. He actually said that in his speech in Davos last week. You got to be kidding me, as you can see that the trend in annual GDP growth has been dropping for decades with current growth in the US at a mediocre ~2%.

Let me introduce you to Nobel Prize winning economist Robert Merton Solow’s Growth Model which is a robust way of looking at the changes in the factors of production such as population growth, savings rate and technological progress together with depreciation and how this impacts on the output of an economy over time. 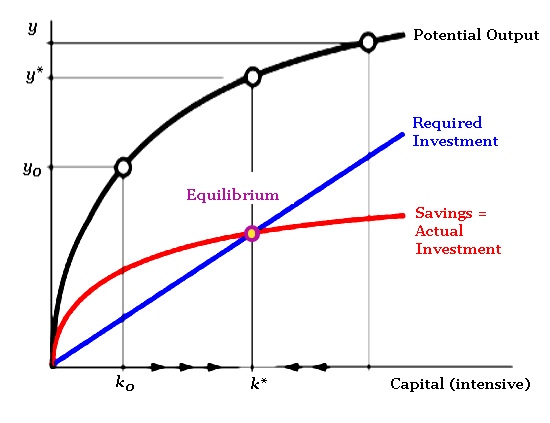 Let me simplify this for you. There is a well known term in economics and finance called diminishing returns. In the Solow model, based on certain assumptions, the more output you produce from your Capital the less additional return you get, all things being equal. I don’t wish to over complicate things for you with complex formula so let me just say it like this.

Despite the incredible amount of money being pumped into the economy by government spending through budget deficits, additional money at the banks through central bank quantitative easing, business and household borrowings through easy bank lending standards at record low rates, we are still witnessing diminishing returns in the economy.

The leaders of the free world, aka central bankers want us to believe that we do not need to contend with the business cycle. They say we live in a new money world, one with zero or low interest rates indefinitely. One that is being redefined by theories such as Modern Monetary Theory. MMT says that because currencies are fiat, in other words they have no asset backing and can therefore be printed at will by the government issuing the currency, then by extension the country issuing debt can never default on the debt because it can simply print more money to honour the interest payments on this debt and therefore governments can borrow unlimited amounts of money to stimulate the economy.

At the end of the day everything you do in life has consequences.