I hope you are all enjoying your long weekend celebrating Easter/Passover or chilling if neither is your thing.

The world has been in some form of lock-down for close to a month forcing us to to adapt to a new normal, living very closely with some people and very distant from most others. Here are some of my rambling thoughts from the last week.

The Berman family don’t drive or turn on electrical appliances during our Sabbath and Jewish Festivals so from Tuesday night I was able to truly withdraw even further from society for 72 glorious hours. It was truly wonderful: we read,  we eat (a lot), we spoke, we took long walks and I discovered a new hobby which helped me engage more with the family, a 1000 piece puzzle. By the way it should come with a complimentary massage as my neck and back muscles were crook after sitting for 5 straight hours trying to get organized. The ancient idea of slowing things down has further significance as you will see later in the letter.

On Wednesday last week the Fed announced the launch of another bazooka whereby they will be buying investment grade bonds, so deemed before the 22 March, and a whole bunch more less than safe junk assets. A whole new level of moral hazard is being created that will leave the injustices created during the global financial crisis, pale in comparison. Bad actors will abound as they pick off the ineptitude’s created by government bureaucrats acting too quickly fraught with political bias and lacking in expert knowledge, remember that old “division of labour” chestnut by Adam Smith.

If there is one thing that works me up, actually come to think of it a lot works me up, it is when mediocrity is rewarded due to crony capitalism. We are starting to see a world so controlled by the state that the chance to discover fair value in assets is becoming increasingly obscured by the desire for control at all costs. It won’t be long before our banks and conglomerates are controlled or owned by the state, creating zombie companies. We have seen this movie before, most recently in Japan, and countless other times through economic history.

Say goodbye to healthy competition, the type that rewards successful entrepreneurs and punishes ones that are not performing at a level worthy of success. This has been the life blood of the business cycle and the mainstay of economic growth. In the case of the Fed supporting investment grade bonds which are of less quality and therefore security than government bonds we are rewarding people or businesses who chose to take more risk and earn a higher yield than their more risk averse peers with an unfair advantage.

As I write these comments I am thinking to myself that it will be nice if I could take you on a more detailed journey through economic history and share with you some of the wisdom we have learned through the ages and why I am saying what I am saying. History has so much to teach, its a pity that so few of us are interested in learning from it. 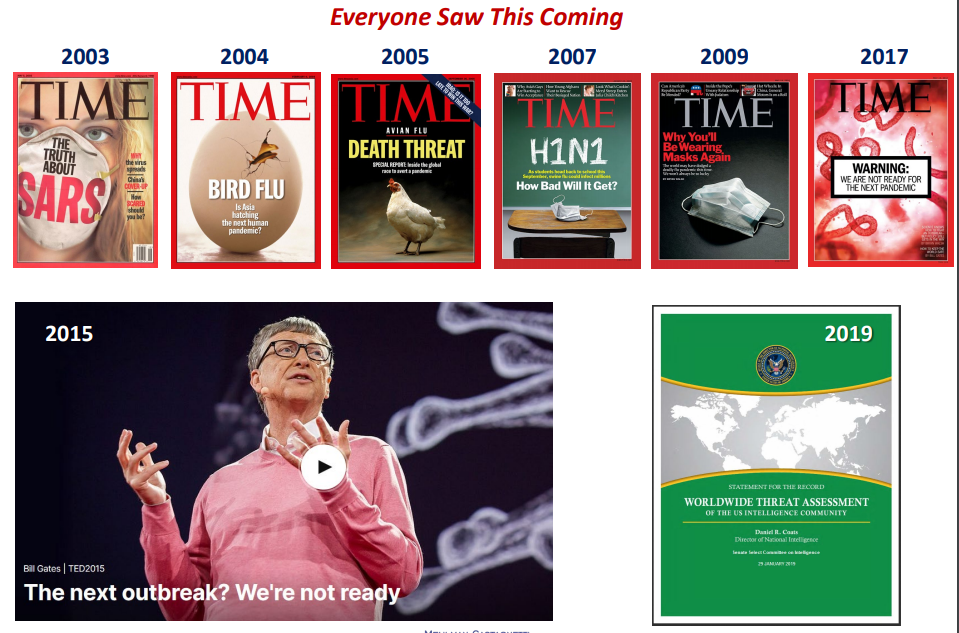 I remain very concerned for the world with what lies ahead due to the Corona Virus Pandemic. This plague is not going away anytime soon, despite the impressive 28% rally (13 sessions) of the S&P 500 from 23 March 2020.

As a card carrying Libertarian I still cannot square my Religious beliefs with the desire to restart the economy at the risk of endangering innocent peoples lives in the pursuit of materialism.

I know that there are many people who are suffering financial hardship and emotional stress as hostages to the virus imposed lock-down. In my immediate circle I know of 2 people already who have lost their jobs and I am sure many of you reading this are in that category. I believe we need to #stayathome until we have killed this virus, it can be done, we are witnessing living examples from around the world. Perhaps from this hardship we will learn as a society to focus less on material things and get joy from the simple things in life like puzzles and family time.

I know what I am saying here might sound self righteous but I just cannot get over how nonchalant people are when speaking about getting back to normal as quickly as possible. Let me just present some basic thoughts from someone who knows next to nothing about virus’s and epidemics but a little about life.

As I type this there are 1.8 million known cases (0.02% of the world population) with 113,902 known deaths. Based on these numbers there is a mortality rate of ~6%. I know this is overstating the numbers because of the low number of testing, so there are probably a lot more people who have the virus. To make the numbers easy to work with let us say that 1% of people who contract the virus will die. I don’t know about you that is a startling high statistic for even me who considers himself a calculated risk taker.

Coming back to the present, due to the successful quarantine measures put in place by responsible governments, at considerable cost to the economy we have seen the curve start to flatten in most of the world and over the next month or two we are expecting to see the number of active cases decrease to very few.

Am I completely misreading the situation here due to my own biases but are we going to risk doing this all over again. We saw how 1 infection 4 months ago morphed into a global shutdown with 1.8 million people infected. If we go back to normal anytime soon all the work we have done, the sacrifices both emotional, physical and financial will be undone by an even more calamitous death count.

Without listing all the strife out in the financial world I thought I would share two remarkable thoughts and then conclude with some personal perspective:

Despite 16 million people filing for unemployment insurance in the US over the last 3 weeks, the consensus forward earnings per share estimates for the S&P 500 is for a modest drop in Q1 & Q2 of 2020 (see my red dots) to be followed by 16% growth in 2021.

Common, you serious? With most of the world’s economies in nearly complete shutdown you really think it will be business as usual (bau) in 2021 as if there are no lingering scars. The truth be told we don’t even know when or if a vaccine is going to be discovered, this could leaves us in no-mans land for years as we manage life with a lingering ever present epidemic waiting to explode.

When these earnings forecasts are revised down, remember my words, “everyone saw this coming”.

We know that if someone shouts “fire” in a crowded theater there is likely to be panic as people push and rush to get out of the place of danger. It is human nature to want to act quickly when faced with life or death dangers, but physicists Helbing, Farkas & Vicsek provide us with a counter argument based on a computer simulated theoretical model that has proven accurate in real life testing. Their findings contrary to conventional wisdom suggests that if you place some obstructions near the exits you will create a deviation in the flow of traffic concentration that builds at the exits causing the panic to lead to a slowing in people exiting the venue. What their research shows is that in times of panic it is better to act slowly and deliberately not fast.

You have been given time to consider your investments, the market sold off very fast so those who weren’t prepared acted with panic and probably sold at near the March 23 lows, those who have been studying the markets slowing things down have an opportunity to act now.

When we retest the March 23 lows, remember my words, “everyone saw this coming“.

I know that this has been a bit longer than my usual letters but with the above said I would like to provide one more thought for you to ponder.

As you can tell from my tone, I am rather bearish. I was recently bearish on the South African Rand and therefore placed a short position on the currency. I have been vocally short the S&P 500 for some time. We all know that when we have a position on, we want the markets to move in our favor. As in my case that will mean a lot of pain and suffering in the US and South Africa. I would love to explore the emotions of guilt and when profiting from someone else’s loss and how we wish for bad things to happen in a future letter.

Everything I have said here is just my opinion, I don’t have a crystal ball so it is quite possible that I have misread the situation on the ground and I am the fool.

I am just a guy trying to solve the panic slowly puzzle.